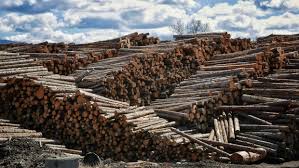 Chris Warkentin, Member of Parliament for Grande Prairie – Mackenzie, expressed concern about new anti-dumping duties on softwood being imposed by the United States and the lack of progress on negotiating a new Softwood Lumber Agreement by the Liberal government.

“Canadian forestry workers deserve stability and predictability from their government,” Warkentin said. “The lack of action by the current Liberal government has put whole communities that rely on the lumber industry at risk.”

The Softwood Lumber Agreement expired on October 12, 2016 and the Liberal government has failed to negotiate a new agreement, putting almost 400,000 jobs across the country at risk.

On June 26th, the U.S. Department of Commerce imposed preliminary anti-dumping duties as high as 7.72 per cent on Canadian softwood lumber imports. For producers like West Fraser Mills, Tolko, Canfor, and Resolute Forest Products, total duties will be 30.88%, 27.03%, 27.98%, and 17.41% respectively.

The forestry sector generates approximately 370,000 direct and indirect jobs in Canada. In 2014, 66% of Canadian softwood exports were shipped to the US.

“Negotiating a new softwood lumber agreement has never been a priority for this government,” said Warkentin. “There is no leadership and no mention of securing a new agreement in any of the Ministers’ mandate letters.”

“While the government has tried to slap a band aid solution on this problem, further delays and increased duties on our softwood industry demonstrate the Prime Minister’s inability to negotiate a deal,” Warkentin said. “Mills across the Peace Country will be heavily impacted. Mill workers aren’t looking for EI payments; they’re looking for stable, long-term employment. Towns in our region rely on a fair lumber agreement with the United States.”

“We wantto see an agreement that will stabilize the forestry sector in every region of Canada which means access to the U.S. should be our number one priority.”