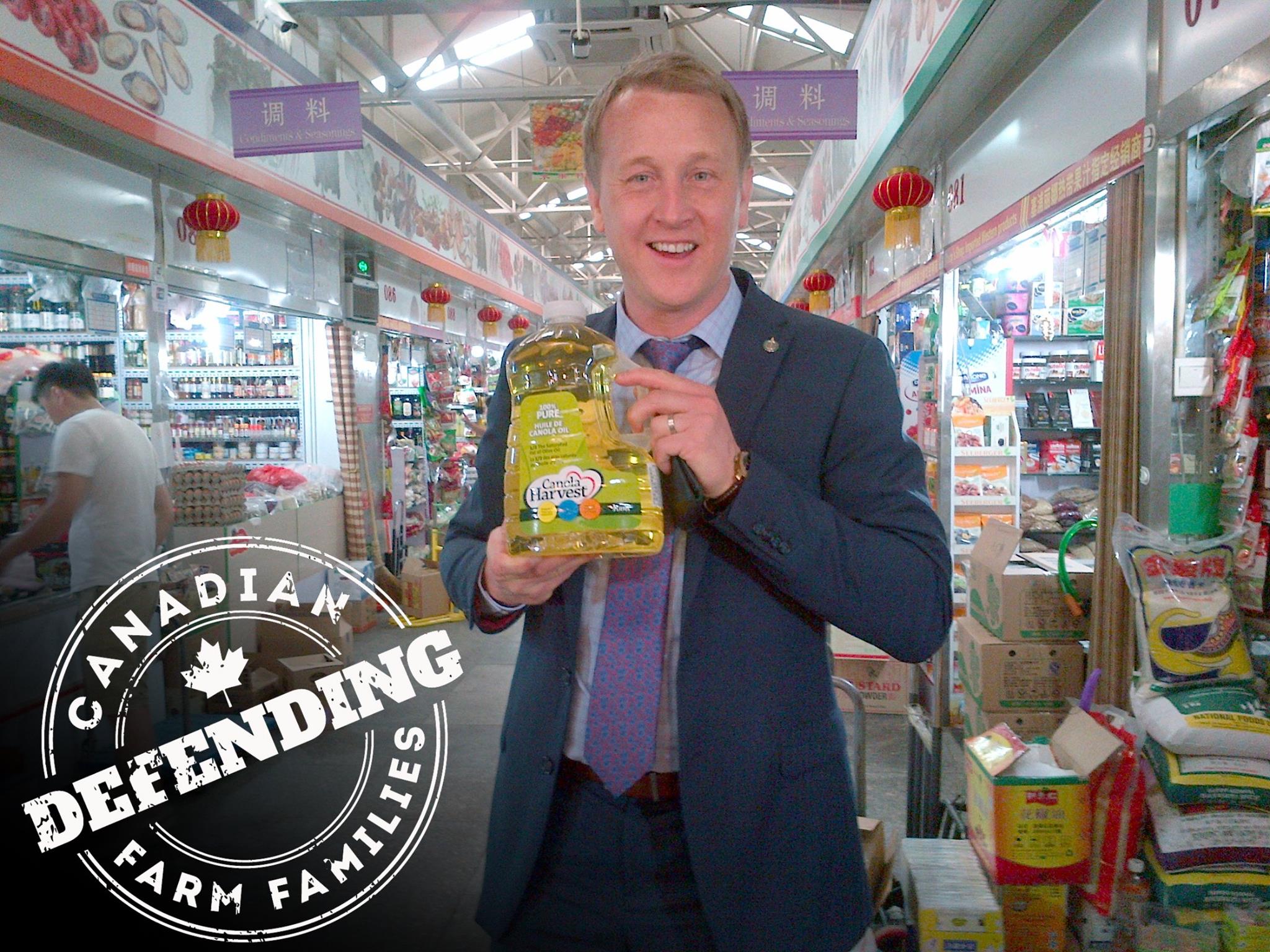 Chris Warkentin, Member of Parliament for Grande Prairie – Mackenzie and Official Opposition Critic Responsible for Agriculture, traveled to China this week as an official member of the Canadian delegation attending the 2016 G20 Agriculture Ministers Meetings. The delegation was there to expand existing trade relationships and explore new market opportunities for Canadian producers. At the 2016 G20 Agriculture Ministers Meetings, international leaders discussed matters relating to the trade of agriculture products including; food security, the adoption of new agricultural technologies, and the adoption of science-based regulations. “During my time in China I saw firsthand the increased trade opportunities in the Chinese market,” said Warkentin. “China’s population is wealthier than it has ever been. Chinese consumers are hungry for high-quality food, and Canada has an opportunity to fill that demand. I was proud to showcase Canada’s agriculture sector in China and I look forward to seeing increased demand for Canadian agriculture products in China.”

“The relationship between Canada and China is of crucial importance for ensuring the prosperity of present and future generations,” Warkentin continued. “I look forward to increased cooperation between Canadian and Chinese producers that will spur growth in both our countries.”

The trade mission celebrated the signing of a new partnership between the Canola Council of Canada and the Chinese Nutrition Society. This partnership is expected to grow the demand for Canadian canola in China. Canola currently represents 60 percent of Canada’s agricultural exports to China.

“Canadian farmers produce the best agricultural products in the world, and trade with China will benefit Peace Country farm families, most notably with the new agreement on canola products that will guarantee collaboration for years to come,” Warkentin said.

“Our Conservative Party has always supported the removal of trade barriers so that Canadian farmers can get their products to market, and we will continue to support trade initiatives that will increase new opportunities for Canadian Farm Families.”
Contact: